I thought I ought to post this update as I have been away for a short while. Everything's coming along well it's just that I've had a couple of weeks off work and have not had the chance to update the blog so this is an update on what's happened during the last 2-3 weeks.

I have had a bit of time away so it's not been entirely spent studio building. For the most part I've been getting the studio up and running setting up and deciding the layout. It was my intention to build a desk but I might well re-think this plan as I came up with a great configuration using my existing x-frame keyboard stand where the upper keyboard stand has been placed in the lower position with a piece of covered chipboard placed on it creating a flat desk area for the displays to stand. This also provides enough space for my audio interface to sit dead centre.

The only other item I had to deal with was the position for my Samson amplifier. After a bit of thought I came up with the idea of positioning it under the keyboard on a piece of wood resting on the top of the keyboard stand x-frame. I used an off-cut length of window sill left from the house extension, cutting some angled notches which allow it to rest on the frame parallel to the floor. This works really well and conceals it nicely out of the way centrally allowing minimal cable connection lengths.  The piece of wood just needs a coat of black paint to finish it off.

I had decided to get everything set up and working now as most jobs now require a working studio. There are still other finishing off jobs to do but these are not hampered with the equipment in place.

Before going on I need to update on the Alesis Monitor Ones - as it turns out the monitors are, in fact, both working perfectly and it seems the problem lies with the Focusrite Saffire DSP pro audio interface. After a lot of messing around with cables I found out that it is channel 1 on the audio card which is at fault. I moved my main outputs from 1&2 to 3&4 and everything is working perfectly. I need now take this up with Focusrite - more soon.

I had temporarily mounted the monitors on my original speaker stands resting on top of some bricks to bring to the correct height, however, this was not the permanent solution. I set about making some MDF pedestals to bolt the speaker stands onto. I made a basic box attached to two larger pieces of MDF which was glued together and the sides glued and dowelled together. I drilled four holes in the top for screws and cut a larger hole to enable me to fill it with sand. I finally painted them black. All-in-all this works pretty well and I just need to get some sharp sand to fill the void. 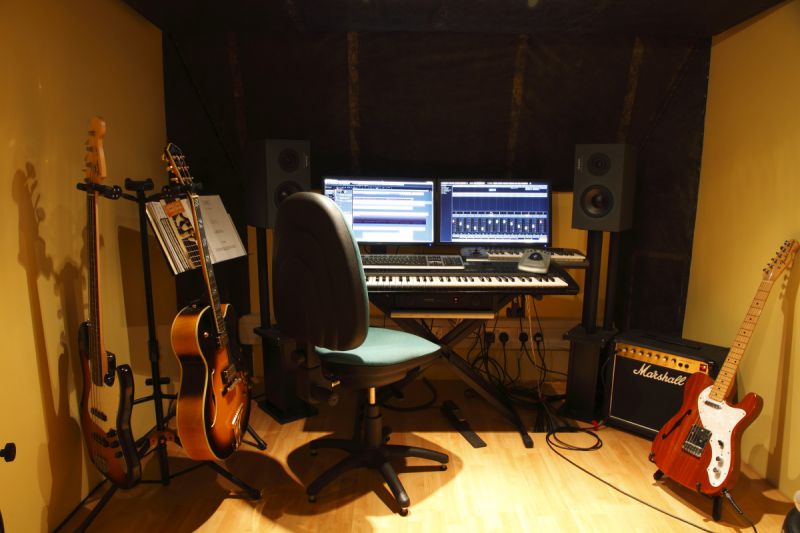 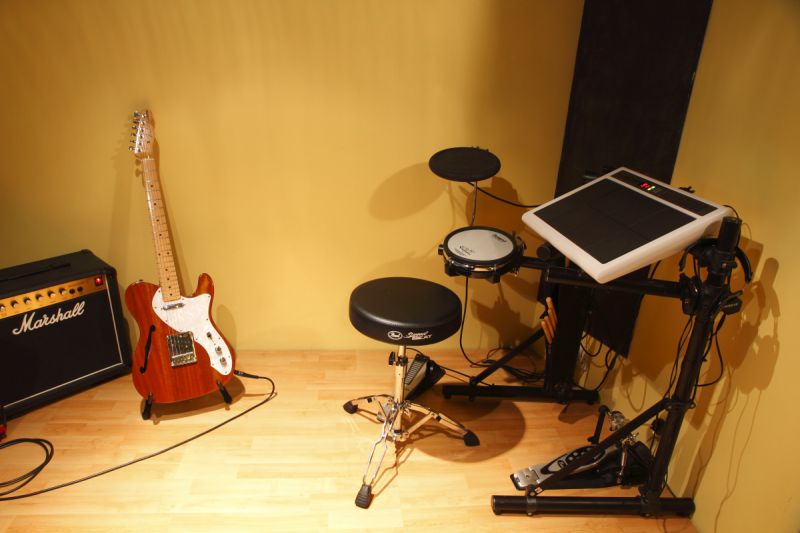 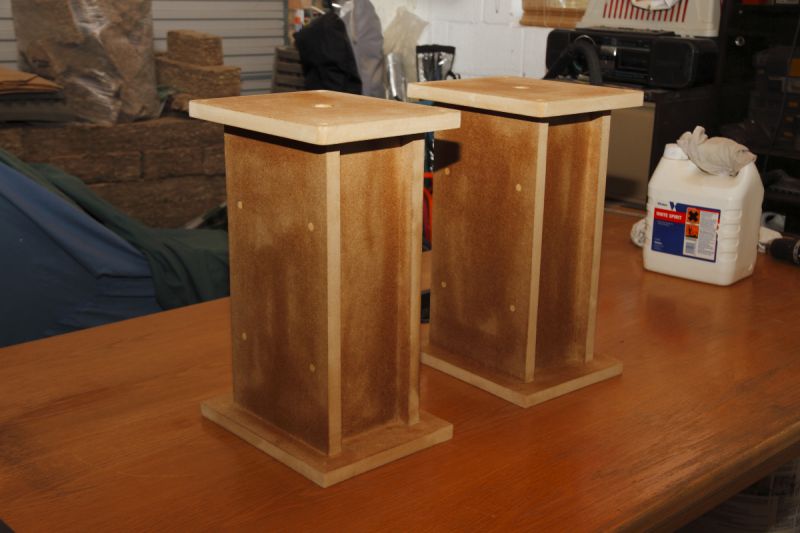